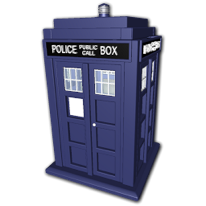 The numbers refer to the number of appearances of characters with each gender. For each season I only count recurring characters once; For example, in season 1 The Doctor and Rose only count once each in the season average, but in each episode they count individually.

Seasons: The size of each bar represents the percentage of that characters with that gender in that season. I also give you the actual number.

Other/diverse: This category covers characters with no discernable gender (e.g. Autons, Daleks, computers, Weeping Angels) and the very rare occasion of a character identifying with both (e.g. Lady Cassandra O'Brien.Δ17). This does not include The Master who is counted as male for appearances as The Master and female for Missy.

The gender balance in Season 1 (2005) when Doctor Who came back to TV is the closest to equal of the last 10 years and worst (full) season is Season 8, where The Doctor's nemesis returns in a female body (spoilers!)

Flux: Chapter One - The Halloween Apocalypse

Flux: Chapter Three - Once, Upon Time

Eve of the Daleks

Legend of the Sea Devils

Fugitive of the Judoon

Can You Hear Me?

The Haunting of Villa Diodati

Ascension of the Cybermen

Revolution of the Daleks

Twice Upon a Time

The Woman Who Fell to Earth

Twice Upon a Time

The Woman Who Fell to Earth

Arachnids in the UK

Arachnids in the UK

Demons of the Punjab

Demons of the Punjab

It Takes You Away

The Battle of Ranskoor Av Kolos

It Takes You Away

The Battle of Ranskoor Av Kolos

The Return of Doctor Mysterio

The Return of Doctor Mysterio

The Pyramid at the End of the World

The Lie of the Land

The Pyramid at the End of the World

The Empress of Mars

The Lie of the Land

The Eaters of Light

The Eaters of Light

The Girl Who Died

The Woman Who Lived

The Husbands of River Song

Mummy on the Orient Express

In the Forest of the Night

The Doctor, the Widow and the Wardrobe

Asylum of the Daleks

Dinosaurs on a Spaceship

The Power of Three

The Bells of Saint John

The Rings of Akhaten

Journey to the Centre of the TARDIS

The Name of the Doctor

Day of the Moon

The Curse of the Black Spot

A Good Man Goes to War

The Girl Who Waited

The Wedding of River Song

Victory of the Daleks

The Time of Angels

The Vampires of Venice

Vincent and the Doctor

Voyage of the Damned

The Fires of Pompeii

Planet of the Ood

The Unicorn and the Wasp

Silence in the Library

Forest of the Dead

Planet of the Dead

The Waters of Mars

The End of Time: Part One

The End of Time: Part Two

A Ghost Story for Christmas

Evolution of the Daleks

The Family of Blood

The Sound of Drums

Last of the Time Lords

The Girl in the Fireplace

Rise of the Cybermen

The Age of Steel

The End of the World

The Parting of the Ways